Over 600years old artefact stolen from Nigeria to Holland returned back

Gowon to UK: Call your lawmaker to order

Malfunctioning locomotives train to be returned back to China

The General Overseer of Redeemed Christian Church of God (RCCG), Pastor Enoch Adeboye, has urged the Federal Government to listen to the grievances of protesting youths across the country calling for an end to brutality and abuse of power by men of the Nigerian Police Force.

Adeboye, on his official Twitter handle joined his voice with other prominent Nigerians calling for the scrapping of SARS, urging the Federal Government to not only restructure the police but to also re-orientate the officers towards modern ways of policing.

“Our daughters will not be able to prophesy and young men will not see visions if we don’t keep them alive. 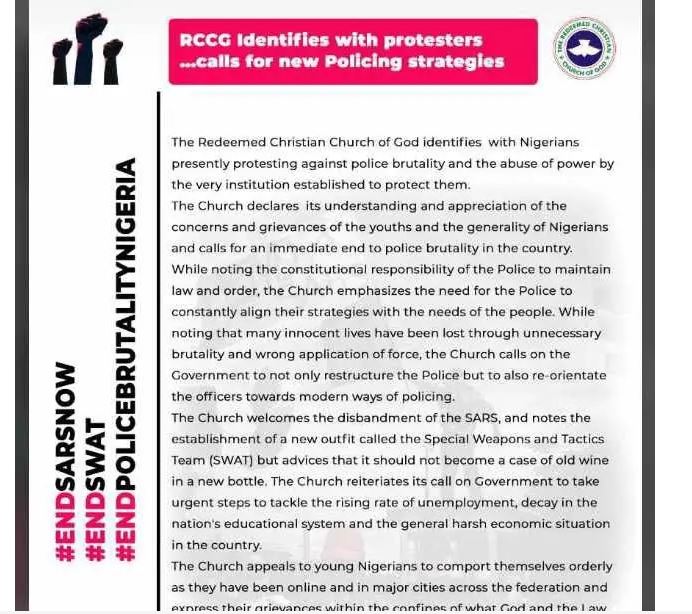 Over 600years old artefact stolen from Nigeria to Holland returned back

The Minister of Information and Culture, Alhaji Lai Mohammed, has formally received a repatriated Ife Terracotta head from his Foreign...

Gowon to UK: Call your lawmaker to order

Nigeria’s former Head of State, General Yakubu Gowon, has denied ‘looting half of Central Bank of Nigeria (CBN),’ saying he...

Bandits have shot a prominent traditional ruler in Ondo State, Oba Israel Adeusi who was the Olufon of Ifon. Ifon...